Has it really been three months? 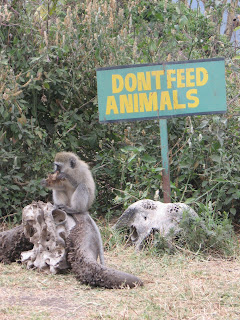 Without fail, every time I post an entry to the blog, I tell myself that I won't let so much time lapse before posting the next one. But without fail, I do.

It's not that I have nothing to say. The blog entries are in my head. I'm full of thoughts and opinions that I can't wait to share with the world, however trivial, but somehow I never find the time. When I manage to find time to write, it usually comes down to this: I can either (1) work on my novel(s), which means editing Best Intentions (which, by the way, is no longer Best Intentions, see below) or writing Book 2, or (2) blog. Since I have a publisher who is counting on me to do the first of these choices -- indeed, is paying me to do the first of these choices (and for which I thank my lucky stars on a daily basis -- no kidding! -- I really do), I usually end up choosing number one.

So why, you might ask, am I blogging this very minute? Simply put, I have a killer headache and though I'm perfectly capable of blogging in spite of my pain, there's just no way I'd be able to craft any type of readable fiction in this condition. Writing fiction, for me at least, involves entering a different realm, and the headache is like a sentry at the door, refusing to let me in.

Having said that, I hope the meandering topics to follow are somewhat coherent . . .

First, the novel. I came back from Africa to the news from my editor that they'd like to give Best Intentions a new title. Now, anyone who knows me probably realizes that I would freak out at this kind of news. (In fact, I think even my editor has quickly learned this about me, given the very nice and nonchalant way she mentioned the idea in passing -- but that could also just be because she is, without fail, a genuinely nice person.) I'm the type of person who freaks out whenever something unexpected happens, though it usually occurs behind the scenes (read: in front of my poor husband). And yes, I'll freely admit to some minor freaking out about the proposed title change. But the more I thought about it, I really warmed up to the idea. I found it easier to remember how I never really liked my existing title too much, and how it started out as a working title and only became the "real" title when I couldn't think of anything else. And once I saw the proposed title on the proposed cover (for the UK edition, that is), I moved quickly from "warm" to "thrilled". It looks fantastic! I'll share the title and the cover as soon as I have an image that's ready for public consumption.

Otherwise on the book front, I spent much of the summer working on edits, and I think (crossing fingers) that I'm about done. Without gushing too much about my editor again, I will say she's amazing, and truly knows her stuff. When I mention I'm working on edits, a lot of people ask me: "Well, what do you mean? What kind of edits do they want?" and I have a hard time explaining. I mean tightening, and pruning, and word choice, and knowing just the right moment when a chapter or a scene should begin and end. Knowing where the reader needs to have more of something, and where the reader needs less. All of these things and more. For those who are interested, I'll refer you to an article by Harriet Rubin from the June 4, 2007 issue of Publishers Weekly. The whole article is worth reading if you're a writer (and especially if you're a writer who gets defensive whenever anyone suggests cutting your "gems", as most newer writers do), but it's the paragraph in which Rubin mentions Victor Hugo that really rang true for me. It is a thrill when you see what your editor is suggesting, and you know, no matter how much it hurts to watch your words fall away, that she's exactly right.

So now I'm back to working on Book 2, and I couldn't be happier, because the story and the characters have really been quite active in my mind all summer, but I had to shoo them away. But my girls are back in school, I'm back at my workshop, and I have longer blocks of time to write, so if you send me an email or a comment and don't hear back right away, just know that I'm tucked away, writing.

Finally, last topic for the day: Africa. (I had other topics when I started, but that headache is making even the blog seem like an uphill battle, so I'll save them for another day -- a day, hopefully, sooner than three months from now). Rick and I traveled to Africa this summer to celebrate our 20th anniversary. We went to Kenya, Tanzania, and Zanzibar, an island just off the Tanzania coast. So many people have been kind enough to ask about our trip, and I really appreciate that. But what's odd is that I find myself somewhat reluctant to talk about it much. I'm not sure why that is. I think there are several reasons, really. For one, the experience just feels very special to me, and I want to keep it to myself, as strange as that sounds. It's as if, by talking about it, I somehow diminish it. And that leads me to the second reason. I honestly feel that I lack adequate words to describe what I saw and how I felt. This too must sound strange coming from a writer, but I mean verbally. I do intend to eventually write about Africa, whether for my own eyes or for others to read, and hopefully I can do it justice, but it's the talking about it that trips me up. I resort to just saying: "Go." There are a lot of misconceptions about the place, and really, it's hard to dispel them in a short "how was your vacation" type of discussion. Indeed, I feel like I just barely scraped the first layer of my own ideas of what it would be like, and I'm anxious to go back and dig much deeper. Until I can manage that, I'm doing a lot of reading. I'll post some recommendations in a later entry. So that's it on Africa, for now, except a note about the picture above (only one of about 1400 that I took while there!): no one fed the little guy; he climbed into a Land Rover and helped himself to the cookie you see in his hand!

Posted by Julie Compton at 2:22 PM No comments: