From Teaching Literature to Writing It: Lynnette Hallberg (aka Lynnette Austin)

I first met author Lynnette Hallberg several years ago at SleuthFest, the annual mystery writer's conference put on by the Florida Chapter of MWA. This past March, I saw her again at SleuthFest, where she had just learned from her agent that the rights to her latest novel, Somebody Like You, (written as Lynnette Austin) had been sold to Grand Central (a Hachette Book Group imprint). I found her publishing journey so interesting and inspiring, and I hope you'll feel the same. 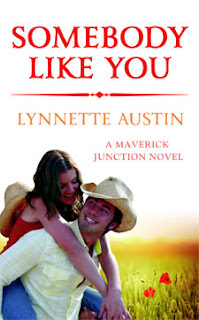 Julie: Would you explain a bit about your publishing journey? How did you go from unpublished, to published by small presses, to landing an agent and then a contract with one of the big boys? And how did you find your agent? At a conference? By written query?

Lynnette: Where do I begin? :-) I’m certainly no overnight success, but then very few authors are. We read stories about the ones who send in a manuscript and are bought the next day for six figures. But the reason we read about them is because they are, indeed, the exception.

I have so many unpublished “practice” manuscripts that I could wallpaper my home with them. My first “break” came when I finaled in the Golden Heart contest, which is RWA’s worldwide contest for unpublished authors. I signed with an agent—not the one I’m with now—when that was announced. Does entering contests help? I’d say yes, it certainly can.

I sold my first book, Enchanted Evening, to Kensington, and it was released in 2000. (By the way, this was not the book I finaled with in the GH.) I was ecstatic and certain that I was on my way. I had an agent and a book out. What more could I want? A second sale maybe? Before that could happen, the line I was writing for closed, and I was without a publishing home. It took me nine very, very long years to sell that second book—and then I sold three in one year—to The Wild Rose Press—Moonlight, Motorcycles, and Bad Boys, Night Shadows, and Chantilly Lace and a Pretty Face. They have excellent editors and I learned so much! I sold my next book, Just A Little White Lie, to Carina Press, the digital arm of Harlequin Publishing, one of the biggies. So I was taking small steps, slowly advancing. It’s like eating an elephant—one bite at a time.


I met Nicole Resciniti, my agent, through Southwest Florida Romance Writers. She was writing at the time and joined our group. So we actually were friends first, which is unusual but not unheard of in the writing world. She’s with The Seymour Agency and is an absolutely fantastic agent! When I finished Somebody Like You, the first in my Maverick Junction series, she sent it off—and I crossed my fingers. We heard back amazingly fast and had two offers, one from Grand Central. Can you say happy dance?


To make it even more special, when I found out about the offer from Grand Central, I was at my agent’s house and three editors were there for SWFRW’s conference—which I was chairing. What could be better than that? To have a great offer and to be congratulated by three editors whom I admire (none of them, by the way, was the editor who bought my book). Oh, what a night, as Billy Joel would say.

Julie: Your new series with Grand Central will be published under a pen name, Lynnette Austin. What made you decide to use a pen name for this series?


Lynnette: Actually, the use of a pen name was the publisher’s decision. New publisher, new series—this was a rebirth almost, so we wanted to start fresh with a name they could brand. My editor, Lauren Plude, and I brainstormed to come up with one that would work. Since this series takes place in Maverick Junction, Texas, we wanted something with a Western sound. She and I threw the name Austin on the table at the same time. We decided fate had intervened and ran with it. I have to say that it seems rather strange to suddenly have a new name! 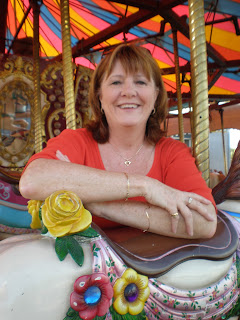 Julie: The first time I read your bio, I was struck by some similarities between us (a "motorcycle" book, a love of Wyoming (you actually stayed!), two children, giving up our "real" jobs to spend the day hanging with our characters in our PJ's, "writing" in the car and in the shower . . .). I once had that happen with another writer; we found so many parallels, we decided we were sisters separated at birth. So now I'm curious, do you like the Dave Matthews Band? ;-) Seriously, though, are you a panster or a plotter? Can you tell me a little bit about your process? And is it influenced by your experience as a literature teacher?

Lynnette: We do have a lot in common, Julie! And, yes, I do like the Dave Matthews Band. “So Damn Lucky”—what a great song! But my true love in music is country-western. I earned my master’s degree at the University of Wyoming. Go Cowboys! :-) Gotta love’em.

I drive my two critique partners crazy with my “shower” writing. Although we live in Florida, one of us has a second home in South Carolina and I have one in the Georgia mountains. We run away to one or the other several times a year for a week of intense writing and critiquing. My books tend to come to me in out-of-order scenes and, when they do, I’ve learned to grab them and write them down. It’s not unusual for me to head into the shower and, by the time I’m finished, have four to six pages written. Tape recorders work well, too, there and in the car.

The scenes come fully fleshed-out. I see them in my head. My characters come to me that way, too. I keep a three-ring notebook and compile all my scenes, my notes, pictures, name charts, whatever comes along. Then I go through the mad mess, put the scenes in order, and I’m ready to start writing my book. I add to this WIP notebook as I go. So I probably fall somewhere between a panster and a plotter on the writing food chain.

Everything we’ve ever done or experienced helps to make us who we are. This is reflected in our writing. I taught eighth grade gifted language arts for more years than I can count! I’ve always loved to read and this was almost an extension of that. I had a chance to share great literature with my students and hopefully some of those authors’ expertise rubbed off on me, even in the tiniest way. And I know that some day I’ll see my students’ work in the bookstores. What incredible talent is coming along.

Julie: What have you found most surprising about the writing/publishing business? What misconceptions did you have when you first started?

Lynnette: When I first got serious about writing, I thought of the publishing world as this enormous unknown. There was so much to learn and I really felt as though everyone else had the secret code, and I didn’t. That’s so not true. There is, unfortunately, no secret code.

However, there is a great support system—other authors who have been there, done that. By belonging to FWA, members have already accessed a wealth of knowledge. If you’re just starting out in the business, don’t be afraid to ask questions. Writers are a wonderfully sharing group of people.

One of the best pieces of advice anyone ever gave me? Someone told me early on to keep in mind that the writing community is actually quite small. Editors and agents move around a lot. Don’t burn your bridges—ever. Always remember that this is a profession and behave accordingly. Don’t let your emotions rule.

Julie: We first met several years ago at the SleuthFest conference. Do you attend a lot of conferences? Which ones? And what do you find valuable about them? What advice would you give writers to help them get the most from a conference?

Lynnette: I do go to conferences. They’re invaluable for the networking and the information. They pump you up and get those creative juices flowing. It’s also a great way to stay current. A word of caution, though. Don’t write to trends. By the time you finish that WIP about the time-traveling vampire set in Bermuda because an editor said she’d like to see one, the market for that will be on the downside and you’ll be frustrated and will have wasted a lot of valuable time. Now if you’ve always had your heart set on writing about a time-traveling vampire who lives in the Caribbean . . . :-)

Don’t be afraid to volunteer. I met my former agent, Deidre Knight, at a conference when I acted as timekeeper for her agent/editor appointments. You make valuable contacts. Also, don’t be afraid to talk to people. Most writers are introverts. We enjoy sitting by ourselves in a room all day. It’s hard to step out of that comfort zone. But do it. You’ll gain so much. The knowledge and expertise at these conferences is mind blowing.

Lynnette: Writing is a habit, kind of like exercise. Train yourself to grab spare minutes rather than waiting for those huge blocks of time. When I was still teaching, I’d get up at four-thirty or five in the morning so I could write for an hour or so before getting ready for school. When I came home, I’d write for half an hour before starting dinner. It’s often about making time. Setting expectations.

Keep writing—every day—and keep your story moving forward. Don’t worry about getting every word, every scene perfect the first time through. You won’t. So many new writers work and rework those first few chapters, polishing them until they shine. That won’t get the book finished. Chances are, by the time you do finish, you’ll have to go back and edit those first chapters again anyway because by then you’ll know your characters inside and out. You’ll know what they’d do and how they’d react so much better than you did when you started that manuscript. Don’t waste time striving for perfection on that first draft.

Also, perseverance truly is the keystone of getting and staying published. Yes, your manuscript is your baby. Yes, you’ve poured your heart and soul into it. Yes, you’re deathly afraid an agent or editor might say something bad about that baby. If you don’t submit, though, you won’t sell. That’s one of the few guarantees in this business.

Wishing everyone great success with your writing!

A final note from Julie: Lynnette's new novel, Somebody Like You, was just released on December 4! To peek inside the novel at Amazon, click here. To learn more about Lynnette and her writing in general, visit her website at www.authorlynnetteaustin.com.
Posted by Julie Compton at 8:00 AM 14 comments: