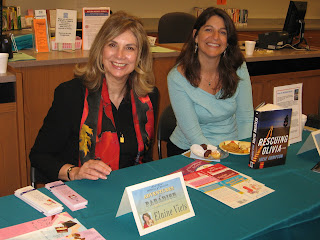 To learn more about Elaine Viets and her hilarious, bestselling and critically-acclaimed novels, check out her "Next Big Thing" post over at the Femme Fatales blog.
Posted by Julie Compton at 11:33 AM

Julie, I'm touched and flattered -- and you underate yourself.